Just finished another "evening" book, this time quite interesting analysis of why during the past 500 years the western civilization dominated the world and the rest eventually adopted (or in most cases are still trying) the same core principles.

Niall Ferguson begins his story with a great example of ancient China. A powerful empire with an astonishing fleet that reached Africa a hundred years before Europeans started exploring the world. In the 1400s, China owned the greatest navy in the world, close to 3500 ships at its peak. Some were five times the size of the ships being built in Europe at the time. 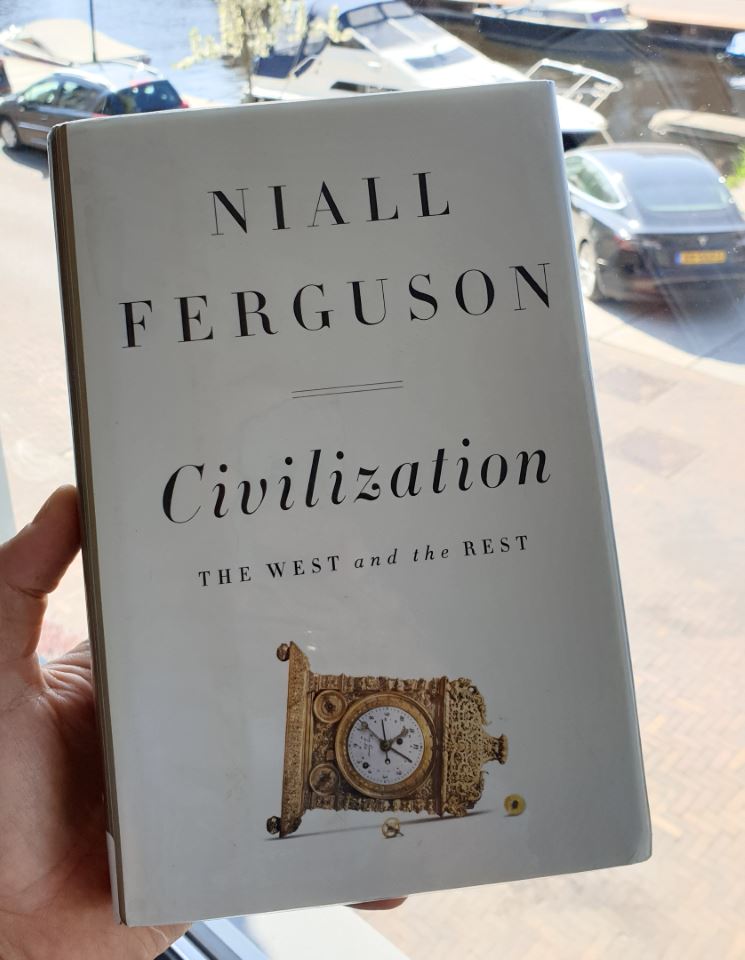 But a new emperor decided that China is already the greatest empire in the world and they do not need navy (another possible reason, he was afraid that teacher merchants will be a threat to his power). The whole fleet was destroyed and it was a crime to build a ship.

In this book, you can find a lot more interesting examples of why other nations failed to conquer the world. But the most interesting part is why western civilization (Europe and North America) dominated the rest and not vise versa? The author argues that it was because the West developed six killer applications the Rest lacked:

Those six killer apps were the key to Western ascendancy for the last 500 years.

The author shows a lot of evidence that the West is slowing down in its growth and influence while other countries taking the lead. A good example is China, Japan, Singapore, South Korea.

I would recommend this book for anyone who is interested in history and the world economy.